Exposure to asbestos is most common occupationally. People who worked in construction trades are at the highest risk due to the ubiquity of asbestos in the industry.

The Most Common Form of Asbestos Exposure

Asbestos was used so widely in construction trades and the military because of its former reputation as a wonder material. Unfortunately, reliance on asbestos was so strong that companies using the mineral continued to do so despite being aware of its dangers.

Why Is Occupational Exposure So Prevalent? 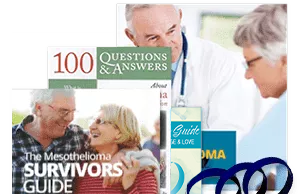 Sent Overnight! Get your free guide

Get the complete guide to fight mesothelioma.

Get the complete guide to fight mesothelioma.

In our free guide, you'll learn about:

Tap to Get Your Free Guide

The dangers of asbestos are now well known. Until the 1980s, asbestos was a threat in almost every commercially manufactured product. Though those risks were greatly reduced, they weren’t eliminated. Tradesmen have a high risk of developing mesothelioma because of their exposure to these materials.

Get a Free Survivors Guide

Get our free survivors guide with inspiring stories of overcoming mesothelioma.

Get our free survivors guide with inspiring stories of overcoming mesothelioma.

Jodi Page is a survivor of stage 2 epithelioid mesothelioma for over 17 years.

Get Your Free Survivors Guide

The Rise of Asbestos Use in the U.S.

Occupational hazards are the most common cause of asbestos exposure. Prior to 1920, mining raw asbestos mineral was the most common exposure. However, an array of industries like construction, military, machine work, and auto care began using asbestos materials in the 1940’s.

Shipyards During the Second World War

Military veterans, especially those who served during World War II, face the highest exposure to asbestos materials. Navy veterans have significantly higher rates than any other branch due to the heavy use of asbestos on ships and submarines.

During WWII, the production of naval vessels increased exponentially. The Navy’s fleet was larger than all of the world’s navies combined as soon as 1943. Occupationally, this means workers in the shipyards contributing to the war effort were exposed to substantial amounts of asbestos. Literally tons of this mineral were hauled to these shipyards and used in these ships.

Anyone working in one of these shipyards was almost certainly exposed to asbestos regardless of their specific profession. This is due to the close proximity in which everyone works in shipyards and the fact that almost every worker used some kind of asbestos-containing material as part of their job. This includes:

Get Your Free Veterans Guide

Get everything veterans need to know about fighting mesothelioma.

Get everything veterans need to know about fighting mesothelioma.

The Widespread Use of Asbestos in Construction

No one is more at risk of exposure to asbestos than those working in construction-type trades and similar blue collar trades.

The risk of occupational exposure is not what it used to be thanks to federal regulations. However, asbestos is not yet banned in the United States, though most occupations these days are safe from asbestos because of awareness and safety standards.

If you were occupationally exposed to asbestos you may be entitled to compensation from the companies responsible. Find out more about asbestos trust funds that are available to compensate victims of occupational asbestos exposure.

Tap to Find a Clinical Trial

The Decline of Asbestos Use?

WWII acted as a springboard for intensifying asbestos production. Asbestos was heavily used in the 1960s and 1970s when the material became more common. Since the end of the 1970s, approximately 27 million Americans have been exposed to significant amounts of asbestos. However, production slowed as regulations began to be enforced in the early 1980s.

The Beginning of Regulations

Asbestos-containing building materials were common until the 1980s. Instances of occupational exposure began declining as working conditions and regulations regarding asbestos were established. This caused the subsequent decline (but not the end) of asbestos use in industrial materials.

The Occupational Safety and Health Administration (OSHA) is responsible for protecting workers from health hazards by enforcing regulations on uses of asbestos-containing materials. Standards enforced by OSHA have tremendously decreased occupational exposure to asbestos. However, exposure is still possible if workers aren’t aware of materials containing asbestos.

Occupational asbestos exposure is still a risk because asbestos is still used in the United States. Contrary to most people’s knowledge, asbestos is not banned in the U.S.

Any attempt to ban asbestos during the federal regulation in the 80s was dismantled by companies profiting from asbestos. Most asbestos used in the U.S. today is imported. According to the United States Geological Survey, over 250,000 tons of asbestos were imported and used between 1991 and 2001.

Most of these products are handled by those in construction and manufacturing trades.

The main occupational protection standard, known as the permissible exposure limit (PEL) for asbestos, was established in 1986. The PEL is necessary because of old construction products and the continued use of asbestos products in the United States.

Other federal agencies that set regulations for safe conditions with regard to asbestos exposure include the Environmental Protection Agency (EPA) and the Mine Safety and Health Administration (MSHA).

Finding Help After a Diagnosis

If you believe your diagnosis was a result of occupational exposure, there is compensation available to help with your treatment. Asbestos trust funds have billions of dollars to help compensate mesothelioma patients and are just one form of support. Learn more about other avenues of mesothelioma compensation for those who were occupationally exposed to asbestos.

Get the Money You Deserve

Get the Money You Deserve

We connect you with attorneys who will: 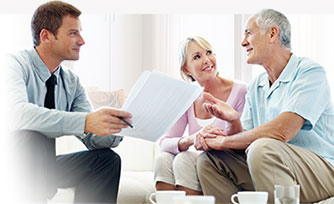